A day to honour the heroes

Law Enforcement day – a day to honour the heroes

When you see the police people often associate getting a fine for breaking some traffic rules. Hollywood has painted quite a diverse picture of the police force in USA. They are either crazy (Movie: Police Academy) or they are corrupt or killing people or getting killed. When you live outside the USA you can get some fears planted in regards to the US police force. Nobody is perfect.

There are also other movie characters in Europe and Asia that paint a strange picture of the police force around the world.  Why do people need to be entertained with negative portraits?

The reality in the police force and security services is quite different. No community is free of madness, crime or heroism. That tells a lot about the diversity of behaviour in the law enforcement community. Reality is that this community consists of a variety of government workers who work in policing, prison and security services and of external contributors from private companies. Both parties are often exposing themselves to violence, threats or other kinds of dangers to achieve the key goal of the security community. The goal is to make this a safer place that our kids can grow up safely and our elderly can enjoy retirement without fear of being taken advantage by criminals.

The types of threats to the health and lives of the members of this protective community are real. The number of lost lives around the world is quite considerable. Whether it’s a police offer killed during a traffic control or a bank robbery or a violent raid, this always affects the other members of the police force and that of the relatives of the killed member. Besides policemen and women in uniform, our lives are protected by the many officers in civilian clothes and the community work engaged officers. Youth and gang crime is a massive problem in many countries. That is connected with drug smuggling and trafficking.

How crime is changing and affecting entrepreneurs

In a digital world we see many digital crimes such as child pornography, hacking, random ware, blackmail, defamation in social media and money laundering. Some of our forensics team are former police officers with experience in successfully uncovering and tracking the criminals behind such terrible crimes against children. Unfortunately humans also revert to murder and manslaughter just to make small profits. Attacking entrepreneurs who bring their money to the bank at night and injuring their staff to such a critical state … humans are sick.

Innovation allows entrepreneurs to reduce the need to accept cash payments. That not only reduces the attractiveness of a burglary or robbery but also reduces the work load in the accounting of the business. Credit card payments and even crypto currencies can help retailers reduce their security related costs and losses. It is changing the world of cash security transportation. At the same time criminals are looking for new ways to access cash for their criminal projects.

These criminal activities damage the positive objectives of the crypto currency and blockchain community. It is known that small crime leads to larger types of crime that eventually evolve into methods to finance terrorist activities. 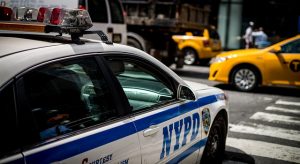 Reality is that the security forces have to handle a global situation where terrorists and extreme dangerous criminals act in an undercover activity. They will infiltrate our society in order to plan and execute their horrible crimes. The security services have to gather as much information as possible. The challenge is that the amount of data is growing extremely in size and complexity. Just storing all the data from seized devices can be a challenge for the infrastructure that did not need such amounts of storage decades ago.

Police officers and forensics experts have to learn new strategies and techniques to keep up with the innovative criminal community. The activities of terrorists are a high level game that brings along extreme challenges and risks for all those who are involved in the fight against terrorism. The secret services are battling an enemy that does not play by the rules of the Geneva Convention. This is a brutal war driven by the terrorists. Just look at the amount of innocent victims in the police, military and civilian community around the world.

These atrocities unite former enemies to join their police forces and security services to fight against these enemies. No positive thinking human can stand by as children, elderly or unarmed people are killed or tortured. That pain unites officers, agents and special operations executives to put an end to this evil wrong doing. Some of these people will get hurt or even killed. The risks are known and part of a duty.

When we look back in history, there was a similar example where pilots from many countries united to fight a seemingly hopeless fight against Nazi Germany during the “Battle of Britain”. It is not necessary to quote Winston Churchill’s words, but they have a truth of heroism and relentless dedication … the duty to their nations and the worlds need for freedom.

As during wars and in peace time, there are often known heroes. The unknown heroes are those who cannot be identified due to their injuries or because there are never found. Also in the police and security services are many undercover agents that lose their lives. In order to protect their fellow agents in the field their deaths are not publicly remembered. A small ceremony might happen.

We need to remember those heroes.