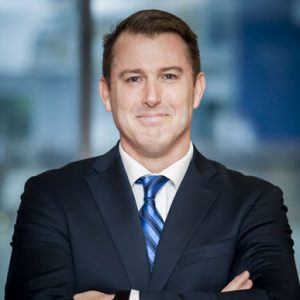 John Stokoe was born and bred in South Africa but his urge to expand and grow led him to the UK. Banking technology was hot during millennium and John worked himself into blue-chip Investment Banks where he steadily progressed into the Head Of Service Management and Business Continuity for major Japanese Banks.

Although successful his career wasn’t fulfilling. Something was missing and he wanted to take control of his own destiny to build his own empire but, one vital factor was that it had to be in a field he was passionate about. During his banking career, he dabbled in Investment property building a sizable portfolio across the UK but was hit hard during the 2008 crash.

He managed to keep most of his portfolio and realized that this was the passion and answer he had been looking for so began reading every book he could find to educate himself on what happened and how to do it better and while being risk averse. He realized that focussing on a Job and building an investment portfolio at the same time would delay his rate of progress, so in February of 2017 he took the huge step and left the Bank to go on his own.

At the same time he had met business partner Roger Burrows and Source My Property (SMP) was born in South Wales. While they had their own portfolios they recognized a huge gap in the market to build others portfolio’s as there were a huge amount of people who couldn’t step away from their jobs and wanted property but lacked the time, focus, experience, and network.

John and Roger had this and very quickly established a trusted reputation finding, renovating and monetizing properties through rentals or sales for their clients. They believe part of the success is down to clearly understanding each other’s roles in the business with Roger heading up and running the day to day operational side, and John taking on the investor relations, visionary and strategic growth function in the business.

John’s vision is control of the end to end pipeline for service continuity and value for their clients and a natural progression was to build out the service portfolio and Source My Property Lettings then Source My Property Flooring began. During this time John was being coached by the world number 1 wealth coach JT Foxx who was growing his Intelligent Millionaires Network (IMN – www.Imncardiff.com) brand internationally.

John was asked to partner with JT and IMN Cardiff was born to host high profile millionaire speakers monthly and help the clubs members grow their businesses. This exposure resulted in John being interviewed about the property business for the Stardust Show, where he highlighted the #BuildingReturns mindset of investment ensuring houses were returned to habitable states to benefit the community, investors and new home occupants.

It was so well received that John received a Stardust award for his approach to property and was also asked to host his own weekly Radio/Webcast to highlight international developers who have a strong ethical and philanthropic approach to their work. The show was transcribed into a book ‘Building returns’ and has just won an Authors award.

In November 2017 he interviewed Apple co-founder Steve Wozniak in LA on technology disrupting the international property industry and was fortunate to meet other A-list celebrities. So, where to now for John and SMP? They are just about to launch SMP Europe and there are eyes in the USA.

SMP Academy (www.sourcemyproperty.com) is also in the creation and will provide a strong, ethical training platform for others to find and supply clients with properties to provide a financial return.  He puts his success down to passion to succeed, ideas and rapid implementation thanks to a brilliant business partner and a supportive network #hereweGROWagain.